The typical deck gun on a chaser was the 3"/23-caliber Poole deck gun. However early on, other deck gun models were installed, including the Hotchkiss 6-pound (57 mm) quick-firing gun and the Davis non-recoil gun.

This photo (full image followed by detail images) shows SC 26 with the Hotchkiss gun mounted forward and Davis gun mounted where the Y-gun depth charge launcher would later be installed.

A theory about the presence of these guns on chasers is that they may have been installed initially on some chasers for purposes of commissioning, and then quickly replaced with the more practical Poole gun. 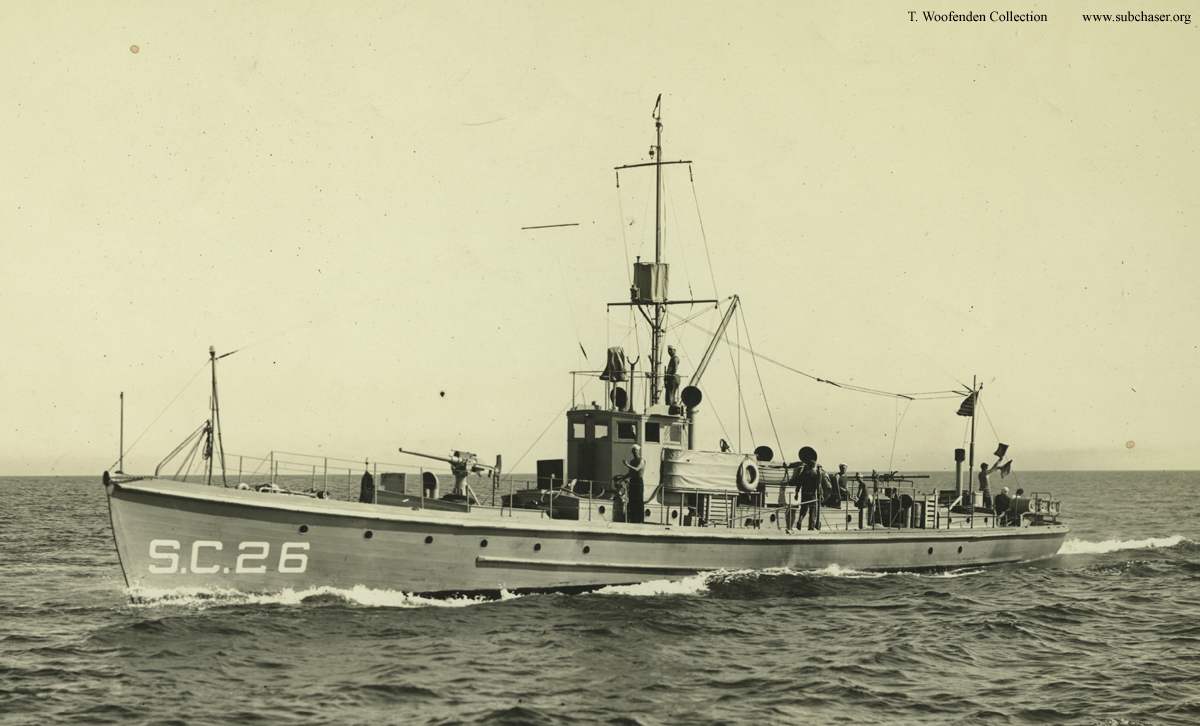 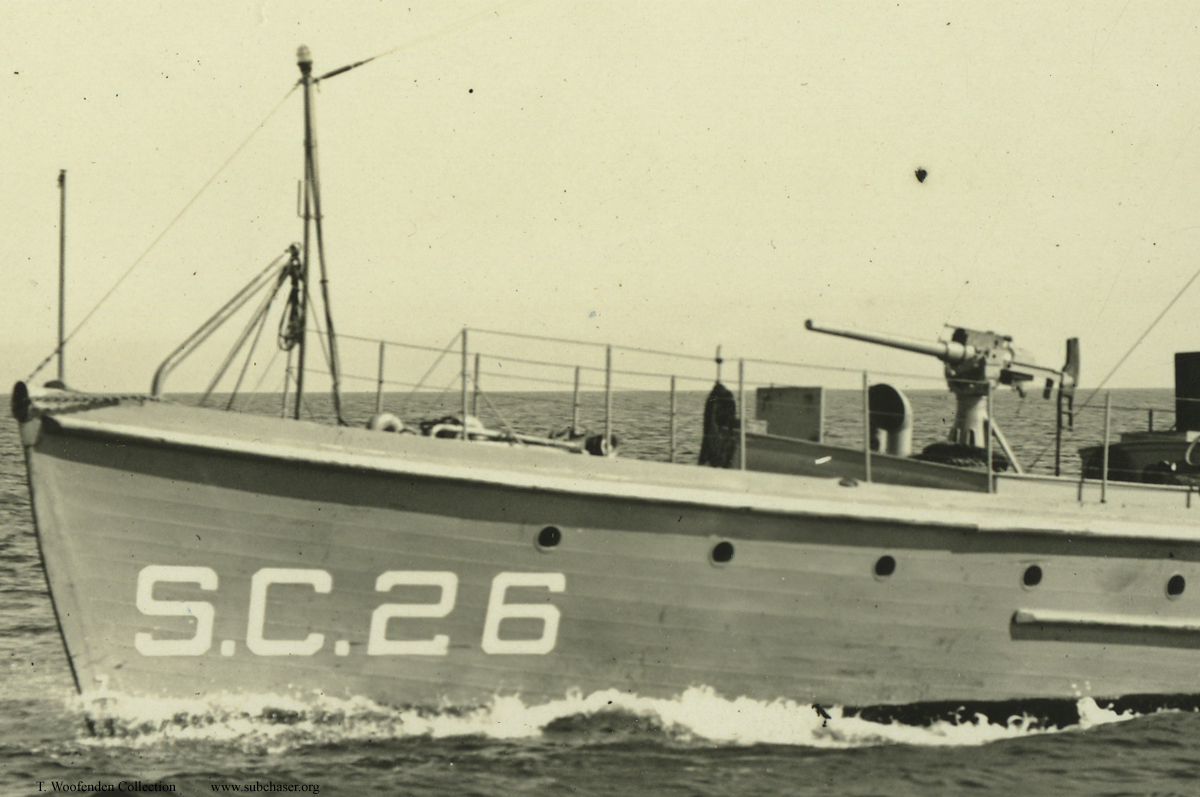 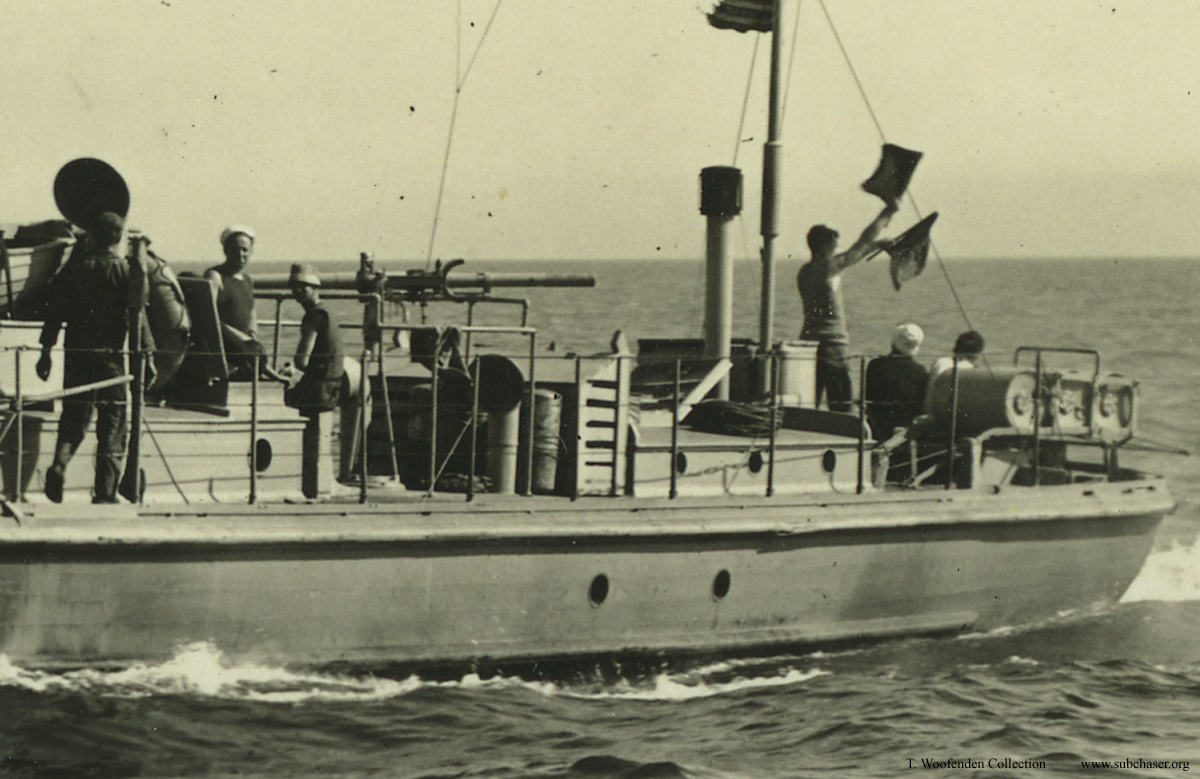 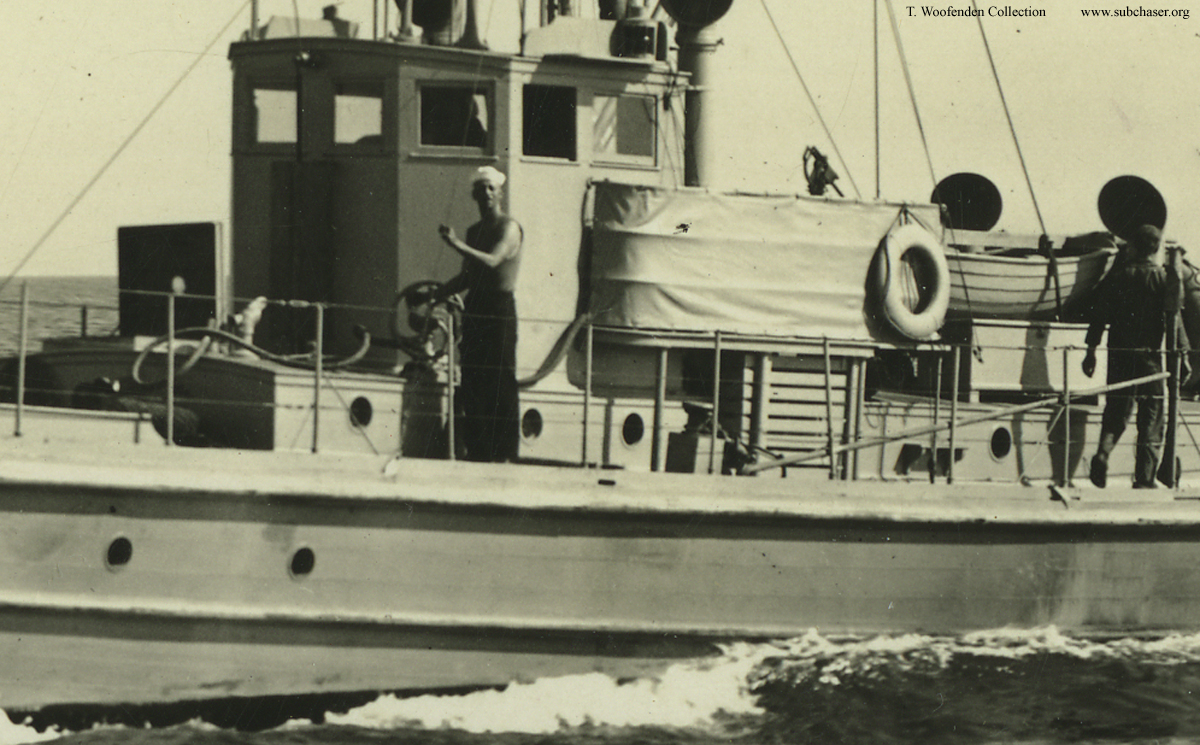 A fourth detail image, showing the mast, and a crewman on the flying bridge: 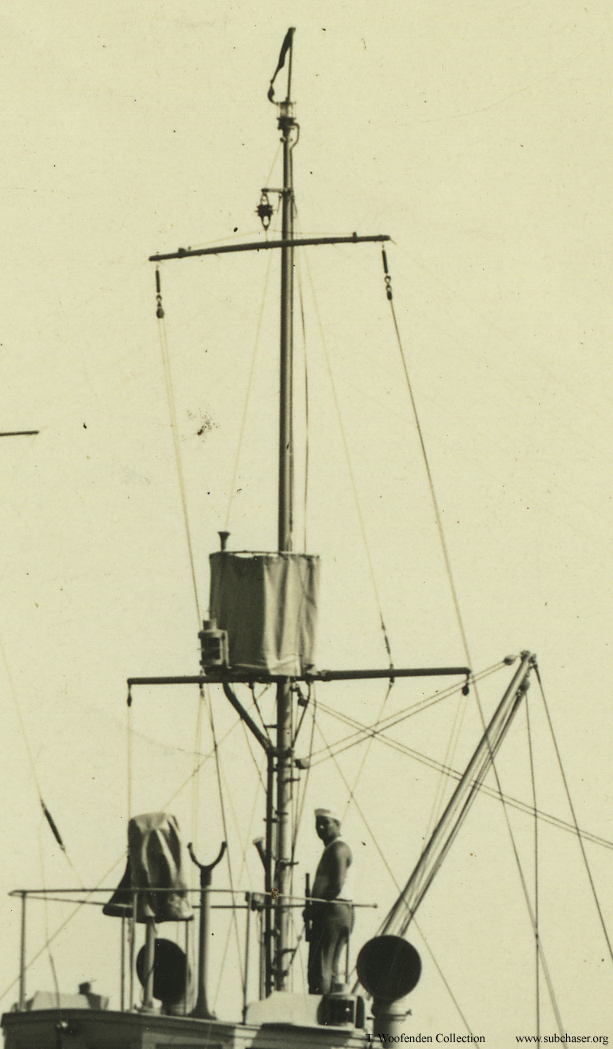