The float box between the fuel tank and the engines, which regulated the flow of gasoline, was gravity fed. From this point, fuel was pumped to the engine, with air entering the mix in the vaporizer.

Excerpts of notes from Franklyn K. Brown, on the function/arrangement of the float boxes: 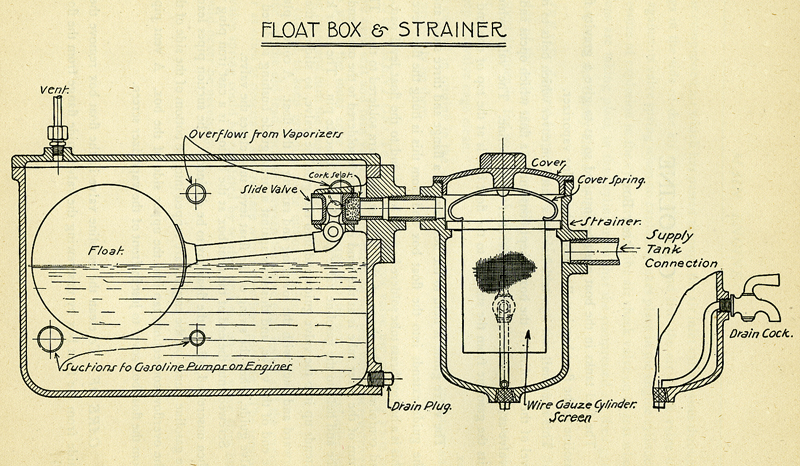 The float box is shown in context in this clip from one of the engine room schematic drawings in the chaser engine manual: 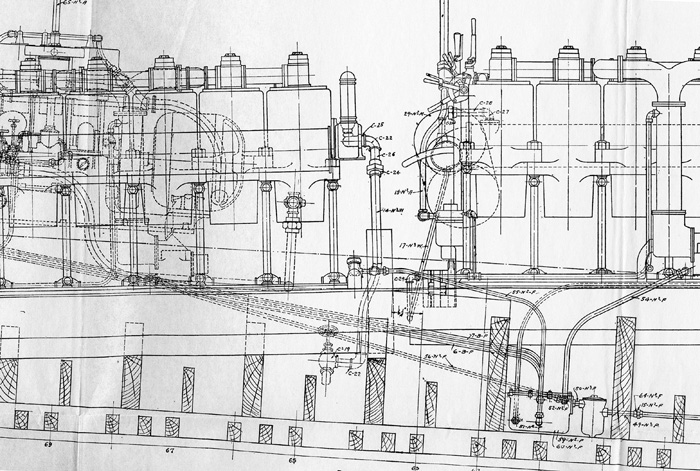