Early sound producing and detection devices, including the hydrophone listening devices used on submarine chasers in WWI, inevitably led to many post-war technological developments.During the war, early under-water signaling devices were developed, used for -- among other things -- sending signals to submerged submarines. After the war, the same concept, sending sound waves through the water and picking them up with a microphone/receiver, was used to develop devices that detected large objects like icebergs. While testing these devices, scientists realized that the same idea could be put to use to measure the depth of the ocean floor, by computing the time lag between transmission and reception. Reginald Fessenden, a pioneer of radio technology, worked on an early depth-sounding device, the Fessenden Fathometer, while working for Submarine Signal Company at Nahant (Boston). Submarine Signal Company had developed several ASW devices during the war, and now turned its attention to inventions with commercial merit. This is the amplifier unit from an early model Fessenden Fathometer. Overall dimensions (closed): roughly 13" wide, 13.5" tall, 7.5" deep. Note: Click the photographs to load large versions. Amplifier cover.

The heavy, cast frame is painted, and swings down on a piano hinge to open the unit. A gasket, probably rubber, sealed the unit. Most of the gasket is gone. 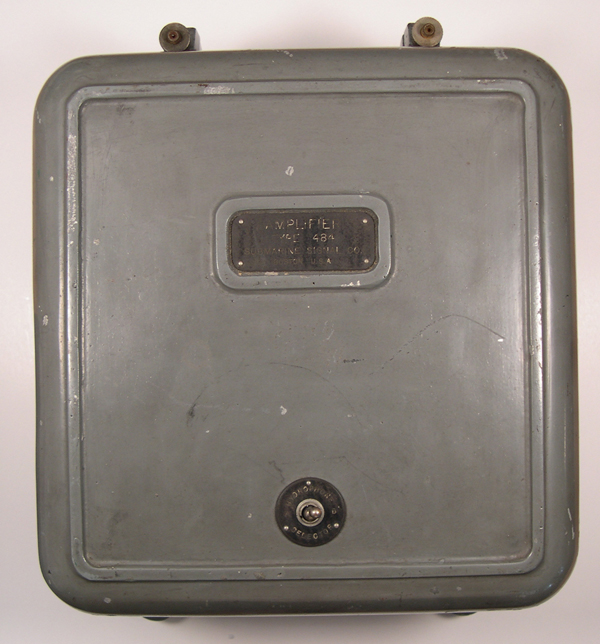 Note: The first and second were broken when I received the unit, and I inadvertently put them in the wrong sockets before taking these photos. The UX-240 tube should be on the left.

I later replaced the broken tubes with older globe-style tubes, which look nicer. The unit label indicates that this is "Apparatus 48425" -- perhaps model 484, number 25? The other fields either were never marked or were marked in ink that is gone. There is no impression in the silver panels of the label other than then Apparatus number.

Left to right, the tubes are:

The tube sockets are embossed "Benjamin." Between the two UX-171-A tubes is an item embossed "Mica Condenser," on top of which is mounted an item marked "IRC Metallized Resistor" The panel consists of three heavy bakelite panels, attached to a cast brass frame painted black. The entire panel assembly rotates down, on pins that are inserted into brackets bolted to the case. The panel is stopped by a metal slider-stop on the right, so that it opens to horizontal for access to the battery compartment. 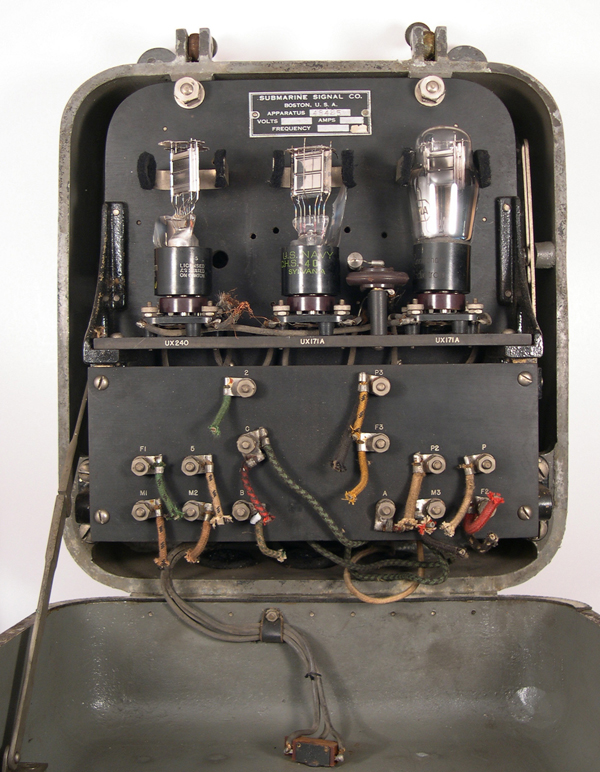 View with the panel open, showing the battery diagram pasted on the inside back of the case. Markings are: M1 (top), two batteries, 2MF (left-hand condenser), 22 1/2 Volts (third battery?), 1MF (right-hand condenser). 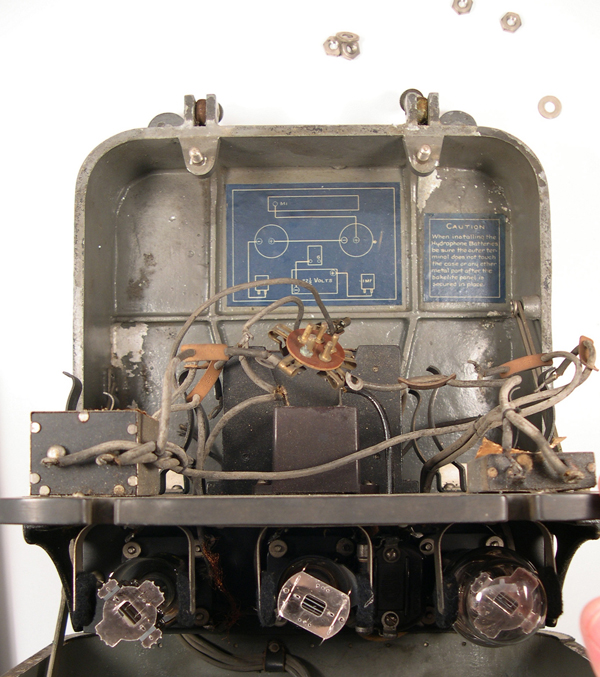 The back side of the panel, where the batteries are mounted. Note: In this picture the unit is rotated 180 degrees to show the panel with the labels right-side-up. (Normally, with the unit mounted on a wall, when the panel is rotated down, the top edge where I'm holding the panel with my finger would be pointing at you as you stand in front of the unit.) The transformer metal tag reads:

The labels on the condensers read:

The item in the middle reads: 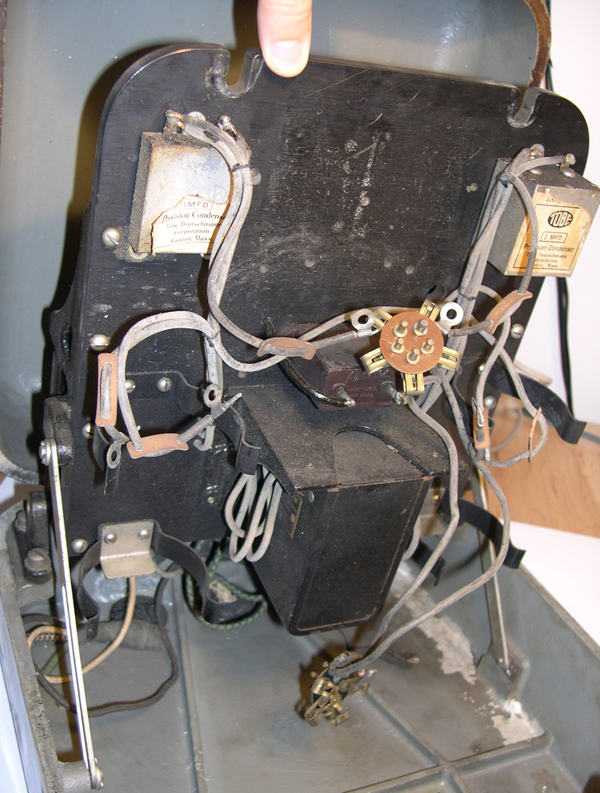 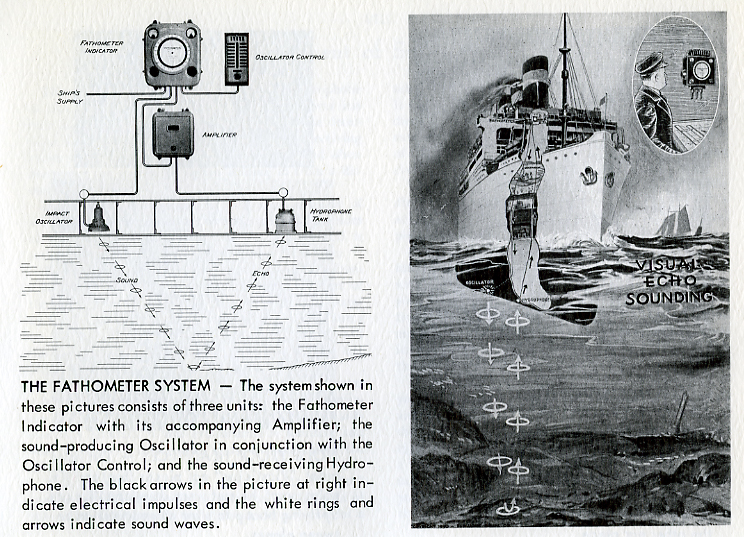 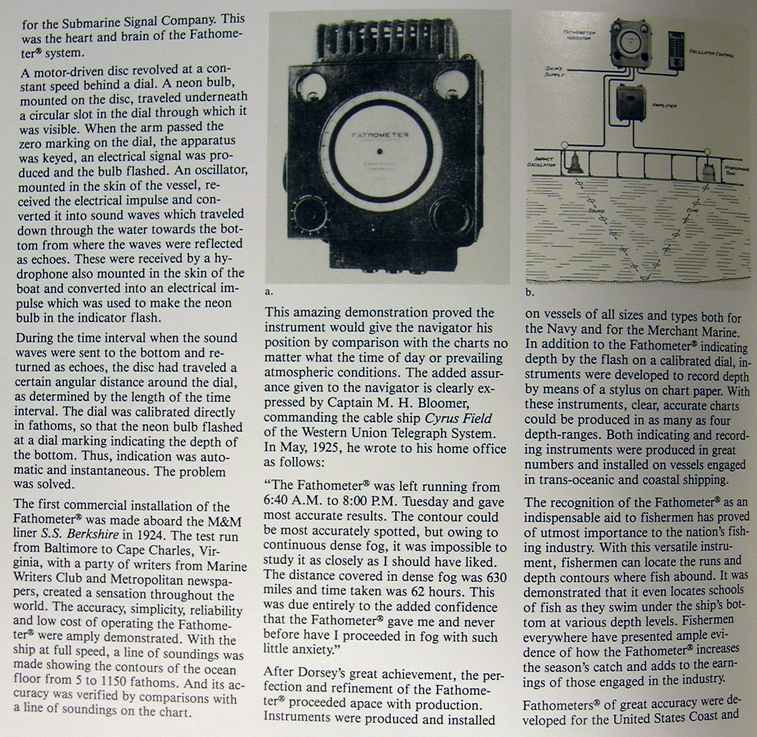 See this page for a photo of an indicator unit from this set in the collection of the New England Wireless and Steam Museum in Rhode Island.