Subchasers and seaplanes, most likely at Annapolis. Early post-war. 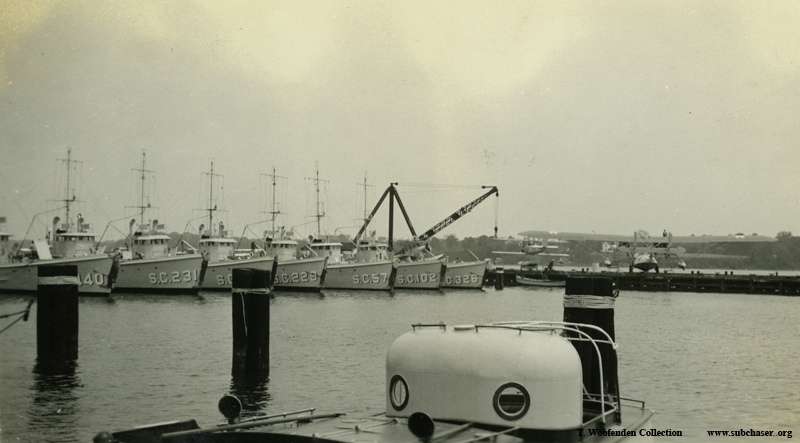 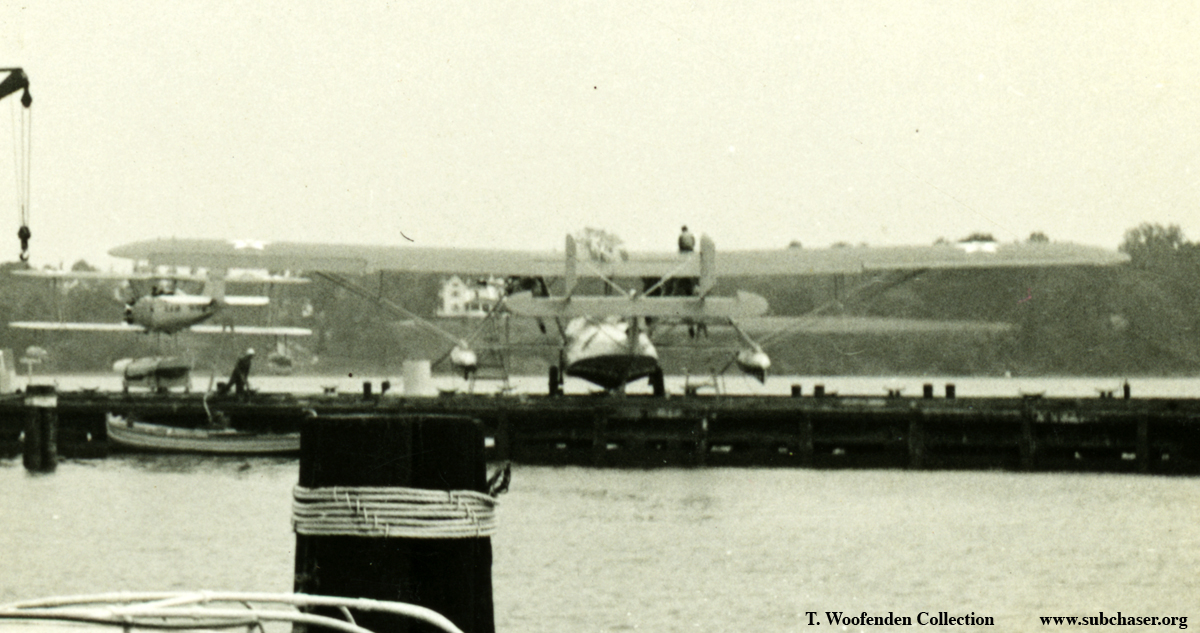 Photograph detail showing sea planes. T. Woofenden Collection. Ian Burns notes, The smaller floatplane is a Vought UO-2 Corsair which entered US service ca. 1926. The large floatplane is, I think, the Consolidated XPY-1 which first flew late in 1928. So, it looks as if the photo dates from around 1929. 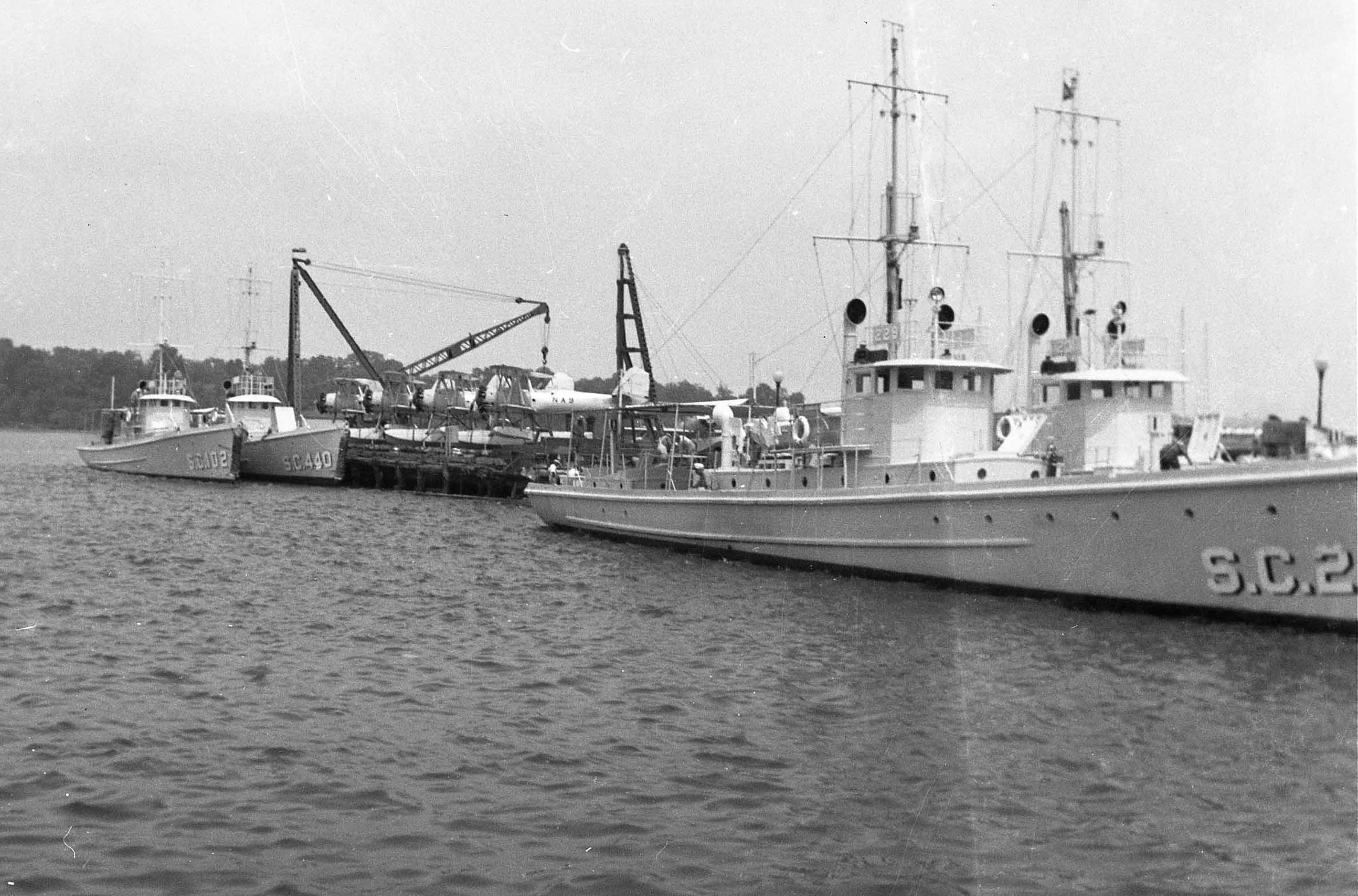 Another photo of the same scene, submitted by Doug Kimberlin.