A document describing the dedication of the Mine Monument in Boston Common. The dedication took place on 26 October 1921.

The presentation of the Mine Monument was preceded by a parade through the principal streets of Boston by the membership of the Mine Force Association, escorted by units of the U.S. Navy, Army and Marine Corps, American Legion and Veterans of Foreign Wars, His Excellency Channing Cox, Governor of the Commonwealth reviewed the parade as it passed the State House. Captain R.R. Belknap, Commander of the minelaying squadron, made the presentation on behalf of the Association. He was assisted by minelayer Captains Wat T. Cluverius, J.G. Haines and J.H. Tomb. His honor James M. Curley accepted the Mine Monument for the city of Boston. 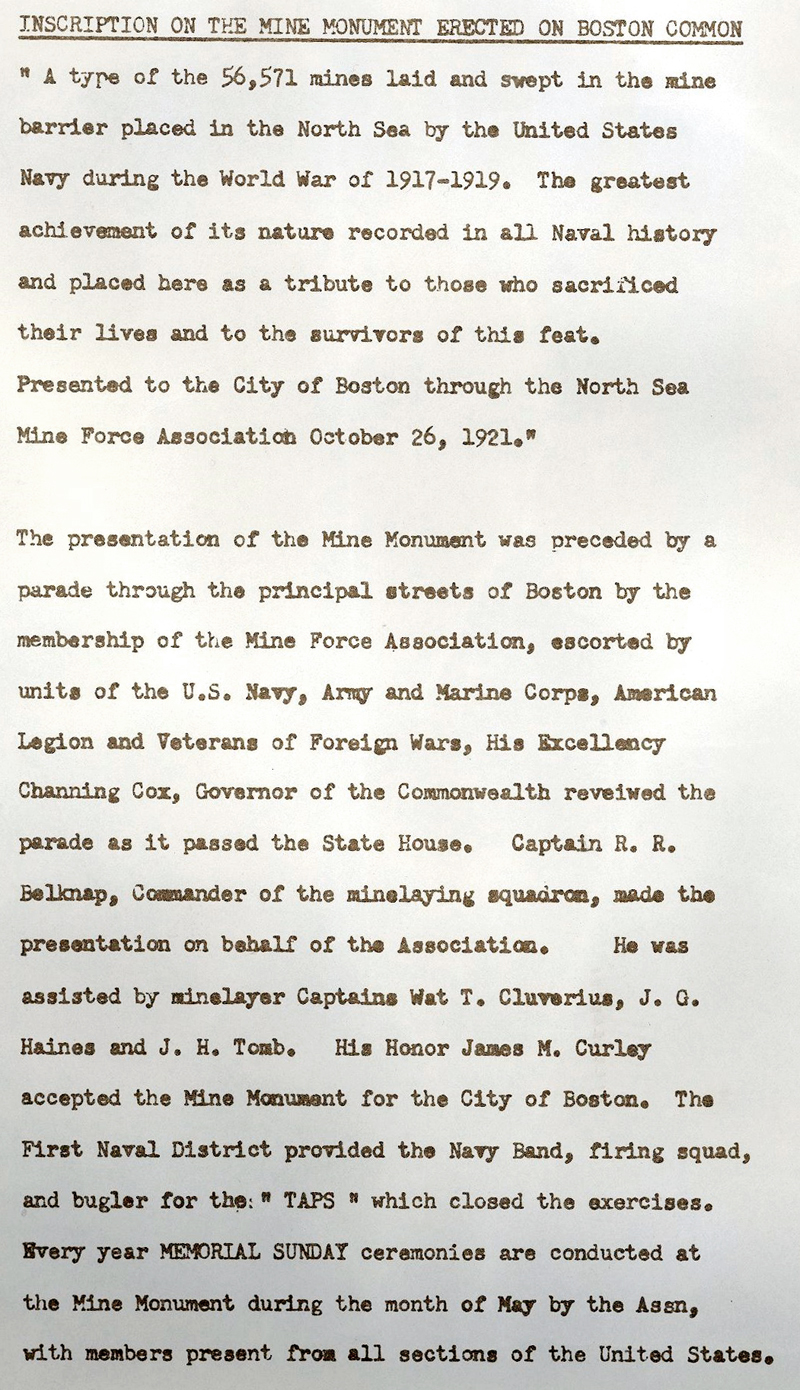 Mine Monument dedication document. Thanks to Sandy Holmes for sending in the document scan.