On 26 October 1921, the North Sea Mine Force Association dedicated a memorial in Boston Common, a modified example of the Mark VI mines deployed by the U.S. Navy in the North Sea minefields.

This is a set of images and documents on the Boston Common Mine Monument.

Angus Shaw, who served at Base 17, Invergordon, Scotland, is shown at the monument in Boston. 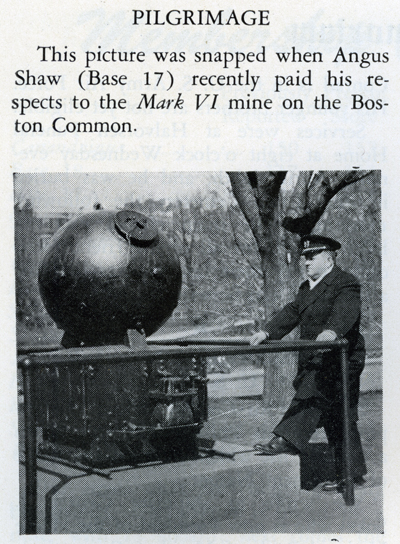 Photo of Angus Shaw at the Mine Monument, in the Spring 1945 edition of North Sea Mine Barrage, the journal of the New York Chapter, North Sea Mine Force Association.