The Cinderellas of the Fleet 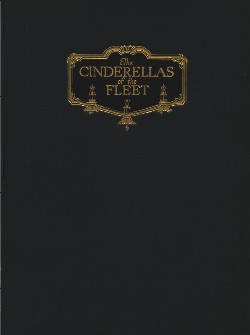 William Washburn Nutting describes the construction, armament, listening devices, and tactics of British ML boats, WWI subchasers and German U-boats, and provides exciting and passionate narrative accounts of the chasers in action. Included are reprints of several first-hand accounts from men who served on subchasers, including:

Note that this book was published by the Standard Motor Construction Company, the company that produced the engines for the chaser fleet - so it is partly a marketing piece, and it includes a certain degree of creative license. (For example, the photo on page 154 shows a submarine being blown out of the water, but the ship in the photo doesn't seem to be a chaser. Nutting fails to point this out.) The book is weak on research notes, but is still a good read.

The first part of the book covers the design precursor to the 110' chaser, the ML boat used extensively by the British.

The book contains a number of black and white photos and a color frontispiece illustration by John Olaf Todahl.

It seems to be fairly readily available online at used booksellers, at prices starting around $30, or significantly more, if you want a pristine copy. Note that the paper surface of the binding is very brittle on all the copies I have seen, and chips very easily. There is also a limited edition of this title with gilt edges and an oil-paper design on the cover. The page printing is identical.