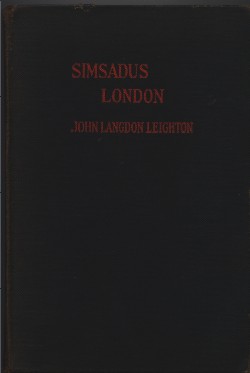 John Langdon Leighton served under Admiral Sims in the Intelligence Section of the U.S. Navy, and in that capacity gained access to the inside story of the anti-submarine strategy.

The book covers the establishment of bases, the barrages, submarine tactics, and the methods and intelligence employed to put the enemy subs in check.

In addition to presenting an engrossing account of the antisubmarine war waged by Admiral Sims, Leighton provides a great deal of data, including lists of Allied and enemy sinkings, charts of submarine movements, and straightforward debunking of the myriad embellished stories of submarine encounters and kills.

While the book is not principally about the chasers, he addresses the role of the chasers in the proper place, and interestingly, attributes two submarine kills to chasers: one on 18 June 1918 in Corfu, and one at Durazzo during the engagement on 2 October 1918.

Unlike the typical unproven "we got a sub" story (which seems to be present in every book-length account of WWI chasers), Leighton makes these claims in the context of evidence of attacks correlated with submarine intelligence: The British military had been tracking the locations of the subs, by triangulating bearings of radio signals sent by enemy subs and picked up by multiple British listening stations. While the messages were encrypted, the bearing of the signal was discernable, and hence the British Navy was able to locate the subs with rather good accuracy. This information, coupled with information from secret agents as to which subs had returned to base when, was used to compile Leighton's list of confirmed kills: four by the Americans.

As an overview of the submarine threat and the American response, this is an excellent source.

Generally available at online used book sellers for around $15 to $30. There are a couple of copies listed at over $100 that appear to be identical in description and condition to the copies at $20 or so.