Notes on the Cary line.

The line described is:

Here is a rough-and-ready transcription. (Several things to check, here.)

During the persecutions in France in the latter part of the 15th century, Walter Cary, among others, fled to England. He had but one son who took the name of his father. He was liberally educated in one of the English Universities, probably Cambridge. He ___ to America soon after graduating, and settled in the Plymouth Colony in the town of Bridgewater, about 1630.

He was soon engaged in teaching a high school, the first ever taught in America.

He married and had seven sons, two of whom emigrated to New Jersey, two to Connecticut, and the other three remained in the Mass. Colony.

John, one of the above named seven, settled in Windham, Ct.

He married and had fourteen children, only five of whom lived to have families. Their names were John, Nathaniel, Benajah, Joseph and Samuel.

Benajah had one son and two daughters – viz: James, Zillah, and Deborah.

Samuel, the youngest, was educated at Yale College where he graduated in 1755. He studied medicine and practiced for ____ years in East Winsor, Conn., where [he] married Deliverance Grant. While at East Winsor they had three children, viz: Christopher, Anna and Phoebe.

They moved to Lyme NH in 1769, among the first settlers. Here they had seven other children, two of whom died in infancy. The names of those who arrived at years of maturity were Delia, Mercy, Samuel, John and William. The two who died early were Hannah and Samuel.

After a lingering illness of several years, Samuel the father of the above family, died in Lynn NH Jan. 1784 aged 54 years.

The widow of Samuel Cary, my grandfather, was married again to Capt. John Strong, by whom she had two children, John and Zebulon.

Benjamin Grant, the father of Deliverance, was a native of North Bolton, now Vernon, Ct. He married a woman by the name of Hurst. They moved to Lyme, NH, then called Corner Coos, in 1765. He was one of the original proprietors of the town, and built the first great mill in the town. He heads the list of the members of the Church first formed in the town and was an Elder in the bk, it being Presbyterian. Benjamin grant had two sons, Benjamin, the elder, was a Lieutenant in the Revolutionary Army, and died in Canada. Peters was the younger son that having the maiden name of his grandmother. The daughters’ names Deliverance, Dorcas, Esther, and Miriam – all of whom immigrated to NH, except Miriam, who married a Mr. Boot and lived in Tolland Ct. She had one daughter who married a Mr. Talcot and lived in Vernon. Dorcas married a Mr. Green in Lyme NH, who was a Col. in the war of the Revolution. Family ___ Esther married a Bartholomew, and settled in Vt. Not many of her family survive. 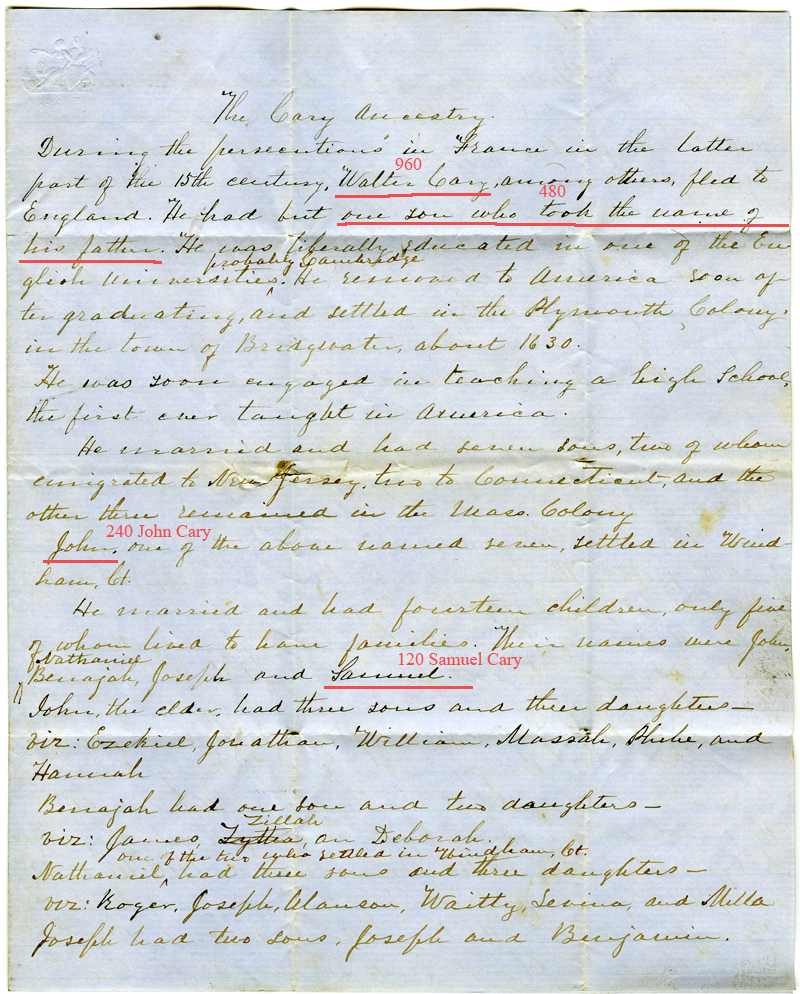 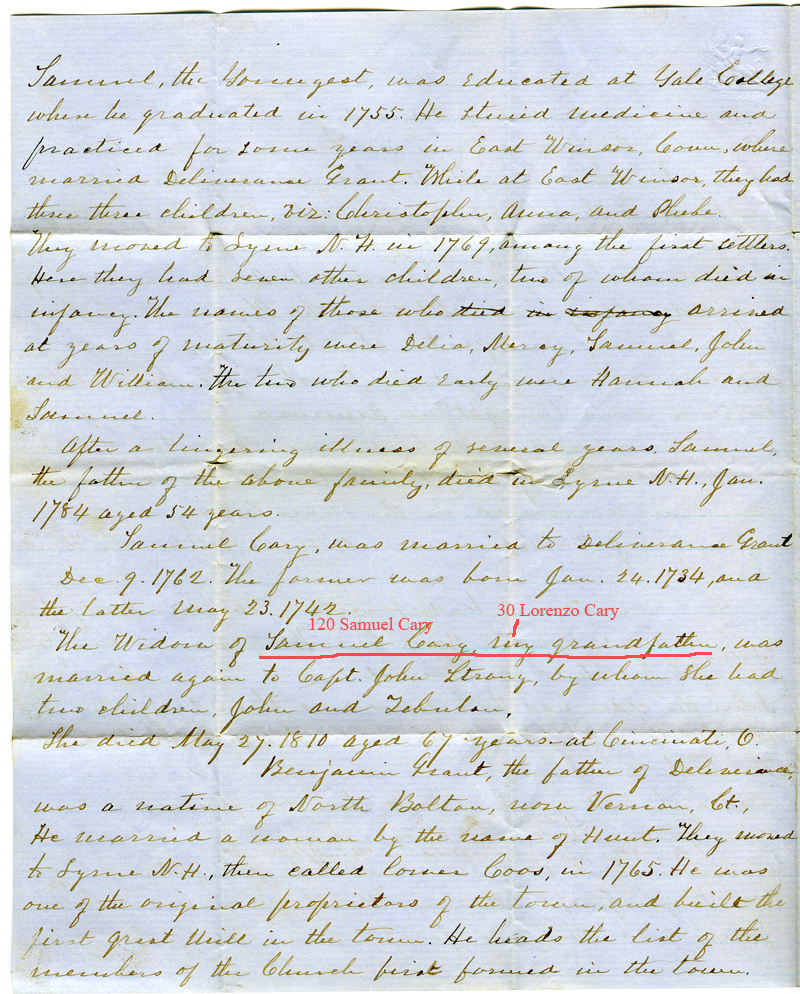