A superior shot of the engine room.

The three horizontal tanks are air tanks. The engines, Standard Motor Construction Company 220hp gasoline engines, were air-started. These are mounted up against a steel bulkhead wall separating the engine room from the officers' quarters.

Starboard and port engines are shown, and part of the center engine (which is aft of the starboard/port engines).

The rectangular box with multiple tubes coming out of it is an oil feed box. Oil was added manually, and fed through 17 tubes to lubrication points. A pan under the engine collected excess oil, and was dumped manually. 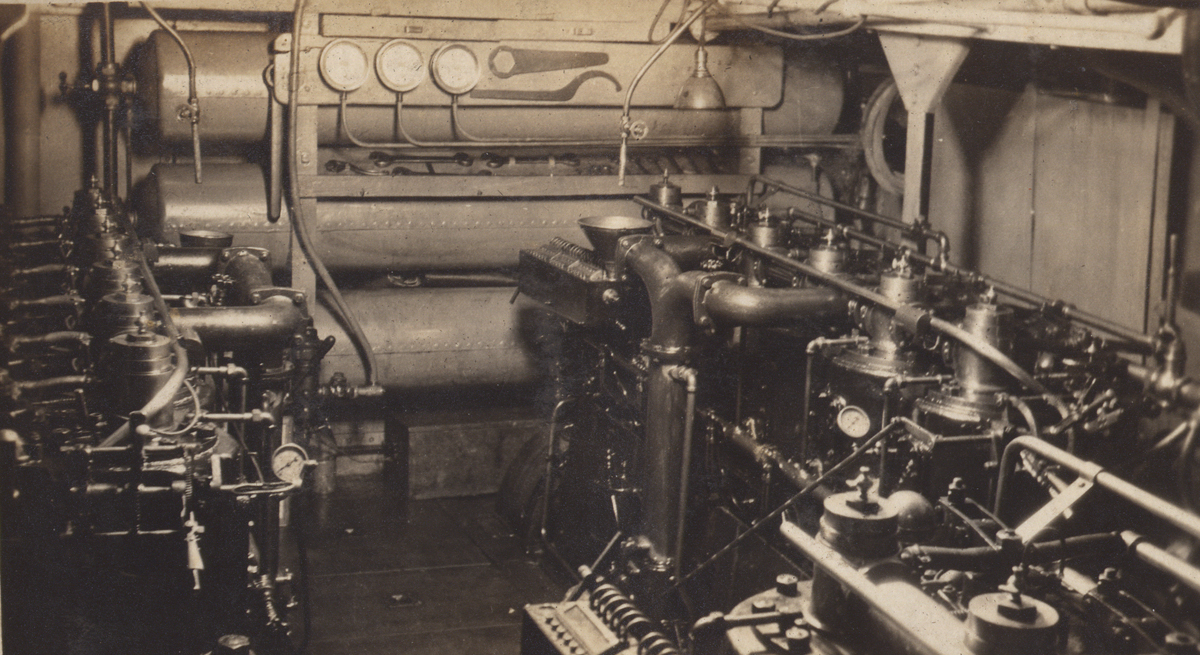 Photograph of submarine chaser engine room. Collection of Ralph Edwin Long, radio electrician on SC 299, courtesy of his nephew, Robert DeBow. Thanks to Russ Lloyd for submitting the photo scan.