John Fabris served as a machinist's mate (1c) on submarine chaser SC 179. In a notable wartime incident, crewman Fabris held an engine part in place with his hand to keep the chaser running during the bombardment of Durazzo harbor, and suffered severe burns. For this service he was awarded the Navy Cross. 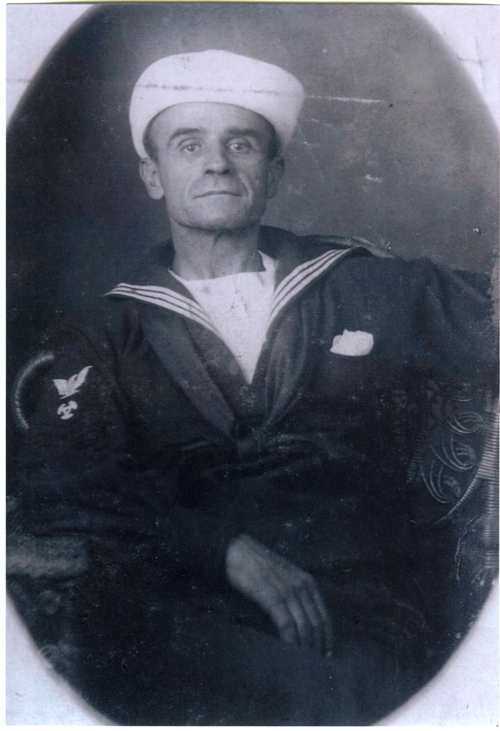 Thanks to Gene Hultgreen for sending in the image to The Subchaser Archives.

A fictional account by Alfred Loomis, Walt Henley Overseas, includes a short segment based on this event. See also a photograph of submarine chaser SC 179 returning to Brindisi after the bombardment.